Earwax, that yellowish-brown substance produced by the glands of the external ear, may conjure the ick factor for many people, but it actually serves a pretty important purpose. Learn what it’s there for, how to manage it, and what to do if it becomes a problem.

Why Is Earwax in Your Ear?

Earwax — also called “cerumen” — results from secretions by the ceruminous glands in the outer ear canal. The secretions help lubricate the ear canal and help maintain an acidic environment that curbs development of harmful bacteria and fungi.

Movements of the lower jaw — speaking or chewing, for example — continually move the earwax toward the outer ear canal, helping cleanse the ear and push out excess wax.

Life without earwax would be a lot less comfortable; it not only helps keep the canal clean but prevents dirt and other debris from reaching and potentially damaging the eardrum. In addition, earwax can help keep ears from feeling itchy and dry.

Earwax levels vary considerably from one person to the next. The typical amount produced can vary by age or gender as well as other factors. 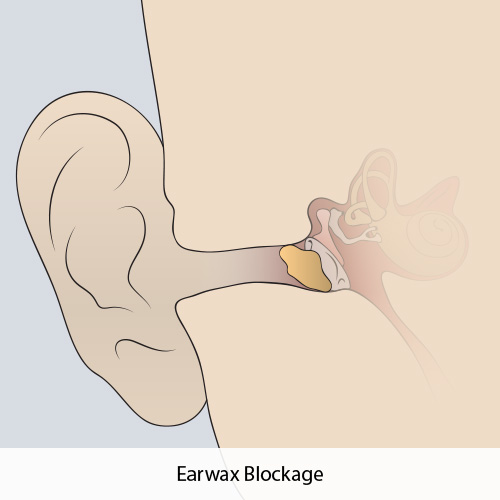 When Should Earwax Be Removed?

Normally you needn’t remove earwax; your ears will naturally handle that function by pushing out the excess.

At times, however, the ear glands may produce more wax than necessary, and earwax blockage can occur. People who use hearing aids, wear earplugs, or push objects such as cotton swabs into their ears can be more prone to these problems.

More than 30 percent of older and cognitively impaired patients have excessive earwax, according to a report published by American Family Physician. The excess buildup — more than the ear can remove naturally — may cause one or more symptoms such as the following:
• Itch, odor, or drainage
• Partial hearing loss
• Sensation of a plugged ear or fullness in the ear
• Humming, ringing, or buzzing in the ears, or tinnitus
• Pain in the ear
• Vertigo, dizziness, or balance problems

When earwax builds to the point of causing pain or other symptoms, or preventing a professional examination of the ear, it’s time to clean it out.

What Are the Dos and Don’ts of Ear Cleaning?

DO use a warm, soft cloth — after washing or showering — to remove normal amounts of earwax at the outer ear, if needed.
DO gently soften the earwax with drops of warmed olive oil, almond oil, water, or a commercial solution to remove larger amounts of earwax or an earwax plug.
DO try irrigating the ear by gently rinsing it out with water.
DON’T use ear candles, which may cause serious injury and have not been proven effective in limited clinical trials.
DON’T stick cotton swabs or other objects in the ear; they can cause injury and push wax farther into the ear canal.

When Should I See a Hearing Care Professional?

Sometimes earwax buildup requires the attention of a professional who can examine your ears, determine the nature of the problem, and customize a treatment.

Consult your hearing care professional if one or more of the following applies:
• Your symptoms persist, especially pain or hearing loss
• Home remedies seem ineffective
• Earwax buildup is blocking your ear canal
• Your eardrum may be perforated or punctured

If you or a loved one is experiencing problems with earwax, contact us for an evaluation and customized treatment options for your individual needs. We can help with all your questions and concerns.